13 years after China
by Cara Munn 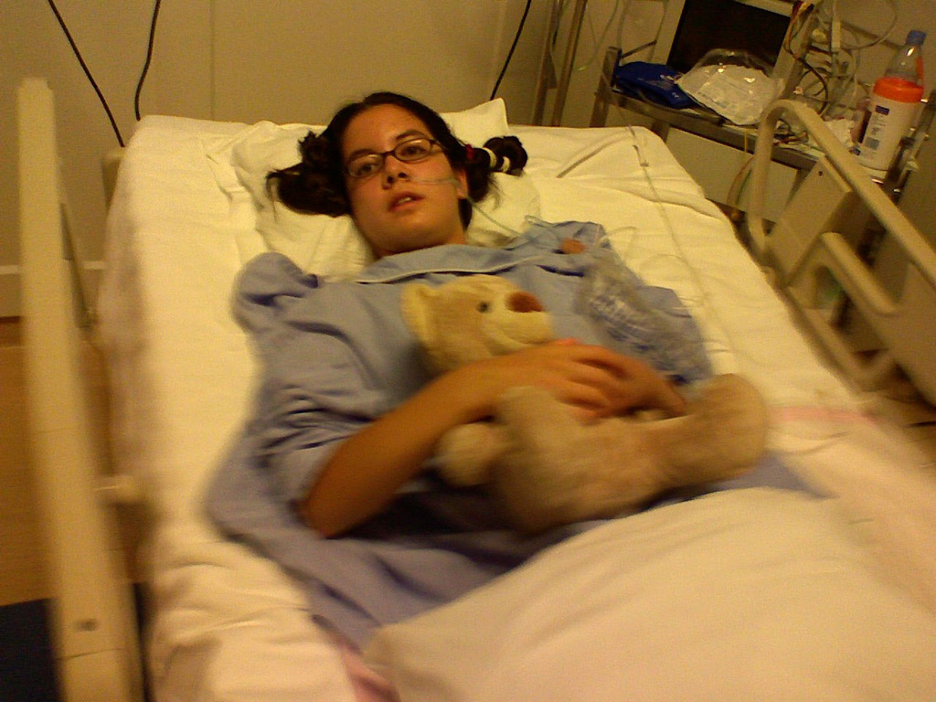 In 2007, I embarked on a study abroad program to China with the Hotchkiss School. What I expected to be an adventure full of cultural and language immersion quickly turned into a nightmare for me. After hiking down Mount Panshan in China, I developed Bell’s Palsy, which progressed to full paralysis, all from an encephalitis-carrying tick bite. I was left unable to speak, something that I still struggle with to this day. Something less noticeable, but again recognized as a deficit, was my ‘executive functioning’ or planning skills. Of course, there were other deficits, such as fine motor movements. Speech is considered a fine motor movement, but we’re talking more about hands and fingers. My hands were balled into fists and turned inward.

My parents flew to China. They found me in a local hospital, highly confused, even incoherent. I didn’t recognize them at all, nor understand what had happened to me. My last memory was of celebrating the 4th of July with Hotchkiss students and faculty, then nothing but my body’s fight for survival.

Two-and-a-half weeks after my parents arrived, we flew from China to a hospital in New York City. I ‘woke up’ there. I understood two things: the people standing next to me were my parents, and something terrible had happened to me because now I was paralyzed and unable to speak.

In the following days and weeks, I quickly discovered how encephalitis had impacted my body. For example, once my hands were opened or closed, it was hard for them to move either way definitively. I used one hand to open the other, and vice versa. My handwriting was, and still is, a struggle. But in today’s digital world, it’s becoming less of a necessity. Typing is the new issue for me since two fingers on my right hand stubbornly refuse to bend unless manipulated. This leaves me to type with only 3 fingers on one side and 5 on the other.

In 2008, my parents and I filed a joint negligence lawsuit against Hotchkiss. The case wasn’t fully settled for ten years. Hotchkiss fought tooth and nail to win. However, in the end, to the credit of a great lawyer and my own positivity, we won the second-largest payout in Connecticut history.

The outcome of Munn v. Hotchkiss School was a historic moment for sure, but it was more of a relief for my parents and me. A relief that I wouldn’t have to be dependent on my parents for the rest of my life. A relief that I would have enough money to pay for therapy for the rest of my life if needed. Of course, many people with disabilities have to work; had I not won the lawsuit, I would probably be working, as well. However, as the months and years have gone by, the difficulty of obtaining a job with my particular disability has become more evident: why hire someone with a speech disability when you can hire someone without one?

Given the publicity around my case, I have wondered how it has impacted schools. Might they be motivated to collect and share better safety information with students? When I spoke with my lawyer about this, he emphasized the student’s age at the time of their injury or death. I inferred from our conversation that, if a student is under 18, winning a case is more likely. (I was 15 when I attended the Hotchkiss program in China.)

When I spoke with Protect Students Abroad (PSA), a non-profit that advocates for transparent and comprehensive safety data collection from academic travel programs, cofounder Elizabeth Brenner said, “Aside from two narrow Minnesota bills, regulatory oversight of high school or higher ed study abroad is non-existent. No other state requires schools to report deaths or injuries during academic travel programs, no matter the student’s age.” Attempts at New York state and federal legislation, such as the Ravi Thackurdeen Safe Students Study Abroad Act, have met stiff resistance from schools. It is impossible not to conclude that high schools and colleges have done little to improve safety information for education abroad students and their families.

As the years have passed, I am increasingly aware that I wouldn’t have survived without my parent’s ability to travel to China and bring me home. Especially in today’s climate, I recognize that I’ve benefited from that privilege. After hospitalization and rehabilitation, I was able to attend college. Actually, I attended two colleges, the first Trinity College and the second Barnard College of Columbia University in New York City.

I found that some professors didn’t know what to do with me. They even seemed upset by my situation. Once, when I used my computer’s text-to-speech app to ask questions, the professor said, “Oh, I see—you can’t talk.” She said this to a lecture hall of 200 students, which was just as embarrassing and insensitive as it sounds. Others adapted better and were much more caring; this tended to be in smaller seminar courses where professors could get to know me. Socially, as you can imagine, it was exceedingly hard for me to make friends and form lasting bonds with people who I couldn’t talk to without my cellphone.

Given my issues with typing, it was also very tough for me to take notes. Though I sometimes received notes from classmates, there were times when they forgot, which often led to me not having notes for several classes at a time.

In the two years after college, I slid into a lackadaisical attitude about practicing speech; it took place in the course of everyday conversation, and that was it. I didn’t have much interaction with others. I mostly spoke with my mother and occasional visitors. I viewed myself as unlovable, so dating was something that I shied away from. Whenever someone didn’t understand me, the text-to-speech app was something I used as a crutch. Then, in January of 2018, we won the lawsuit.

Winning emboldened me to make changes in my life. I decided to try online dating and met I.M. on Hinge. I used the text-to-speech app for the entirety of our first date. Needless to say, I was surprised when I got a second date. That was two years ago, and I.M. is now my boyfriend.

I.M. tells me that there’s not a day where he doesn’t see me just waking up and talking again. And then, of course, when I do wake up, reality hits me that I’m not able to speak as I did before. In my boyfriend’s mind, practicing every day yields results. He has worked with me tirelessly on getting my speech back to 100%.

My boyfriend came into my life and said that I needed a schedule, a set time to practice every day, and a Google Sheet to help me be accountable. He told me that I’d hear it from him if I didn’t practice and enter time spent. Over these last two years, my speech has taken off, and I think it’s primarily because of the sheet he set up. I can now pronounce my name—something that I couldn’t do when I first met I.M. Today, my boyfriend told me that he is proud of me for the improvements I’ve made in my speech. He noted that we hadn’t used the text-to-speech app at all on our daily walks.

I have done everything throughout these 13 years to carry both difficulty and good fortune with grace. Advantage brings responsibility, which is part of why I give back to two of the educational institutions I attended (Sacred Heart and Barnard). I want to support them taking good care of their students during study abroad.

As my life moves forward, I see myself as I.M. sees me: a courageous human spirit who has a penchant for positivity, someone who will not let a virus destroy her light but will use what has happened to shine even brighter. I am thrilled to tell you that, this August, I.M. and I moved in together!