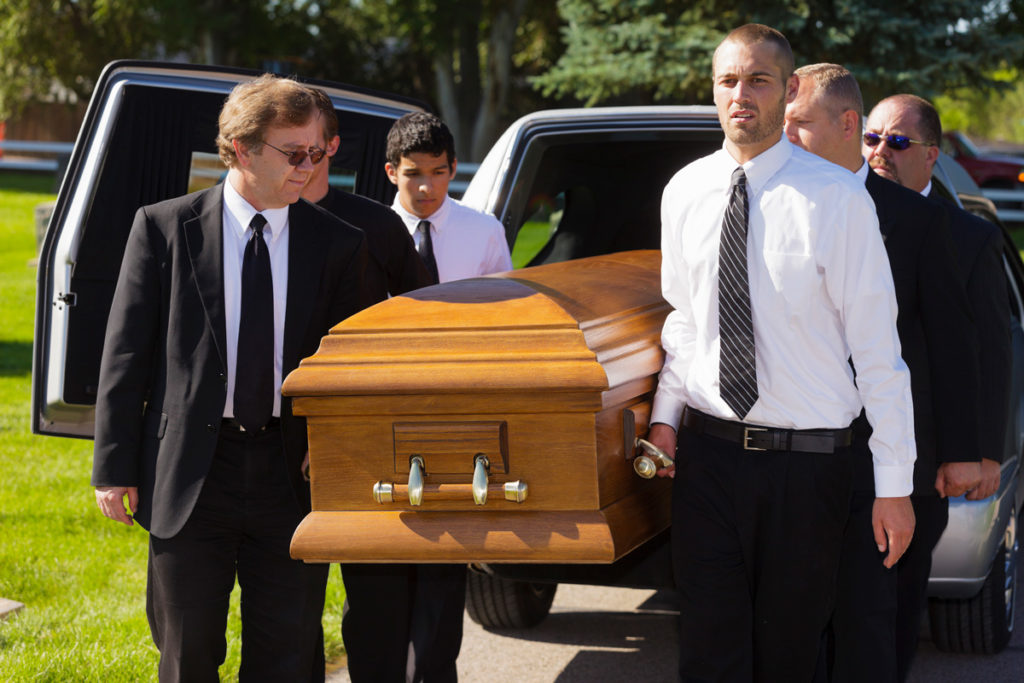 A few years ago, I was invited to a meeting of “study abroad stakeholders”, the topic, student traveler safety. Attendees would include international education program providers and security officers, professional membership organization personnel, insurance executives, and federal officials, including Homeland Security, plus me, a parent.

Frankly, I felt surprised to have been invited. These were stakeholders, after all, experts, insiders who understood the inside of international education. My child had died during his study abroad. Except for knowledge from a broken heart, what were my credentials?

I asked this question of the gentleman who’d phoned to extend the invitation.

“You might be able to say what no one else will say,” he replied.

I’d never been a brave person, so I doubted my inviter’s words. But I was curious, and curiosity won. I agreed to attend.

On the day of the meeting, our group filled one long conference table. At one end, a facilitator who periodically asked questions, steering the conversation, but not directing it. At the other end, a note taker.

Mid-afternoon, nearing a long day’s conclusion, one of the program directors said, “Well, you know, most of ‘em are drunk.”

Them. Study abroad students. Especially the dead ones.

I’d heard this line of thinking before. I was pretty sure everyone in the room had heard it before. In fact, if I’d not been present, perhaps some would have nodded their heads, mumbled agreement.

Instead, stillness, silence. What could anyone say? The dead kid’s mom was in the room.

For me, inside, it was a strange moment. Hard words had been spoken, but I was not filled with anger, or even resistance. Not fear, though surely sadness. Mostly, questions rumbled through me.

“Show you what?” the director replied.

“Show me the research that proves what you say.”

Sitting across the table, the professional eyed me. Of course, this person couldn’t show me research. Real research is based on real numbers. The student travel industry doesn’t count and report much bad news.

I paused, “…As long as you don’t count and report, you don’t know…so you can say anything you want,” and then, suddenly, this, “And so can I.”

Perhaps no one in the room understood what had just happened. Thomas’s death was making me brave.

Still, it would take time to meet the right people. Ros, a woman who knows bereavement from the inside and still manages to get up every morning and find the children of others, young learners whose “life-changing educational experience” included death or injury. It would take months and years for us to forge an alliance built upon one goal, transparency.

It would take time to try solutions and fail. Write some letters? Prepare to be ignored. Press your legislators? Expect roadblocks, not to mention the gutting of a law’s intent. Identify interested reporters? Know that any day’s news will circumvent you.

How did we end up in this place where the ideals of education—inquiry and fact-based truth—are shed for ambiguity?

Yes, it would take time for Ros and me to understand the core issue with student traveler safety.

For suddenly bereaved parents, horrible as it is to lose your child, death during study abroad brings a particularly complicated grief. Of course, we want our son or daughter alive and returned. But short of this, we want facts. We want facts placed in a context, and we want to be able to trust the people who are telling us those facts. After all, details from our child’s last-lived moments are all that is left.

For programs aspiring toward the highest levels of professionalism, three virtues should be indispensible. Truth. Justice. Humanity. But in a world where success is measured in recruitment numbers and quarterly budgets, is virtue even possible?

Since student safety incidents occur off American soil, the things we expect would happen do not. Though eventually there will be a death certificate, there’s usually no independent investigation. This means that an event narrative can be slanted in whatever way boots-on-the-ground need it to slant. Families are literally out of their minds with grief. And every one else has an agenda. Study abroad programs. Home universities. Host countries. The State Department. Insurers. Lawyers. Even professional membership organizations.

Facts get sorted. Some step forward, some step back, or even disappear. Opinions are formed, too, and an account that supports those opinions. All of this happens quickly, so that by the time a family returns to some measure of lucidity it’s too late to get at fact-based truth, much less justice or humanity.

After Ros and I had spoken with enough families, academic experts, industry insiders, and legislators, we realized the only way forward would be through Ros’s growing stack of three ring notebooks filled with news stories from the Internet. For one thing, legislators and reporters, but really anyone we spoke with, wanted to understand the scope of the problem, which meant producing one thing, a death count.

In 2013, Congressman Sean Patrick Maloney (D-NY), in advance of writing transparency legislation, put a couple of interns on data entry. These young people were given access to Ros’s work. Since Maloney’s office was looking for cosponsors, they entered her information onto an Excel spreadsheet and organized it by Congressional districts. Wide pages, filled with narrow rectangles and the tiniest font, student deaths and injuries state-by-state, were the resulting product.

Once Maloney’s sheets were formed, Ros continued putting safety incidents into an Excel spreadsheet. As she’s often said, “One student led to another and another and another.” So subsequent students were entered in the order in which they were “found”, which was rarely chronological. The upshot? Ros’s binders and Maloney’s spreadsheets mixed up years, as well as incident type.

As the years have passed, as incident numbers have continued to increase, the structure of both binders and spreadsheets has become unwieldy. Recently, Ros and I have begun a massive reorganization, sorting incidents from present to past, then by incident type, as in “lethal” and “non-lethal”. In doing so, we’ve become certain that we’re counting students who would never be counted by the industry.

For example, the widely reported 2016 Forum on Education Abroad report, counted four student deaths that had generated insurance claims during the year 2014. Their tabulation contrasts ours, which included fourteen deaths, including whole categories of students we believe The Forum Report missed. Graduate students; high school students; students traveling through federal grant programs; students who are foreign-born, but attending a US educational institution; students studying abroad for internships, mission trips, religious trips and performance trips; students doing pre, post, and intra-program travel; students whose program is not a Forum member, and more. *

Please understand, this is not meant as a criticism of The Forum’s efforts as much as a caution. The study abroad industry should anticipate an undercount from membership organizations, simply because such organizations inevitably focus on certain populations and not others.

“Great. Just what we need. A couple of sad moms collecting newspaper clippings…”

So read Internet responses to a recent Associated Press article about PSA’s work.

One went on to recommend that we should “let professionals do their work”, while the other referred to student categories PSA includes, as if we do not understand how to think about tallies.

As consumers, most of us have an intuitive grasp of commerce. For example, many of us would not be surprised to learn that many industries resist transparency, especially around safety.

However, what is surprising is this industry’s rejection of transparency, particularly with regard to safety data. For one thing, the business of education is meant to be about students, our children, our nation’s future.

Indeed, the dominant narrative of education is one of service, a noble, even sacred mission, with international education perhaps the noblest sector of all. The student travel industry not only educates our young people, they foster human connections around the world, including the possibility of world understanding, with students as “American ambassadors”.

We believe this to be the study abroad industry’s preferred narrative, a current and fabulous spin. It allows for a number of unexamined ideas to be conflated with growth-enhancing messages.

Study abroad students are crucial to America’s image around the world.

The safety of America’s study abroad students is priority #1.

The student travel industry must grow.

The student travel industry must continue without impediments, particularly laws.

For those of us on the loss side of study abroad, branding, marketing, enrollment, and budgets are easily recognized as industry priorities. Safety, not so much. As a whole, the industry has powerfully resisted calls for transparent comprehensive safety data.

It is worth noting language from The 2016 Forum Report. In spite of many methodological failures, the report opens with these words: “The chief conclusion of this report provides a measure of comfort in concluding that, at the very least, study abroad does not carry a greater risk of death than does domestic education in the U.S.”

Really? Or instead, is it this? Without transparency, anyone can say anything.

The experience of becoming bereaved arrives abruptly. Understanding arrives gradually. For Ros and me, what we know now is straightforward and devastating. What happened to our sons is not unique. Study abroad deaths are always horrific, often preventable, rarely counted, and never transparently examined. Why did we ever imagine the student travel industry to be different than any other industry?

Pro-growth messages require comfort. Real data might not be so comforting.

Over the next months, PSA will work with our web developer to publish a history of lethal and non-lethal incidents during study abroad.

For PSA’s website, we will not use Excel. Instead, we’ll use what we hope is a user-friendly five-column format that allows for narrative. The first three columns will be filled with basic information (death date, name and basic demographics, home university, study abroad program, and country of study). Biographical and death information will occupy the last two columns. Thus far, we have formatted student deaths from 2011-2017.

To all readers, we believe that study abroad is a 24/7 exposure. Therefore, we will count broad categories of students, from the time they go until the time they do or do not return.

To bereaved families, where our work falls short, please email us so we can make corrections, including additions and deletions.

To the study abroad industry, we say the same, though with one caveat—student categories will remain broad.

Reframing student travel to include safety transparency will mean adjusting the narrative about international education. This shift will be uncomfortable for many. Please know, at PSA we will do our best to keep foundational principles to the fore.

In the truest sense of the word, bereaved families are study abroad’s stakeholders. Like no other, we understand precisely what is at stake. It is time for our dead and injured to tell their stories.