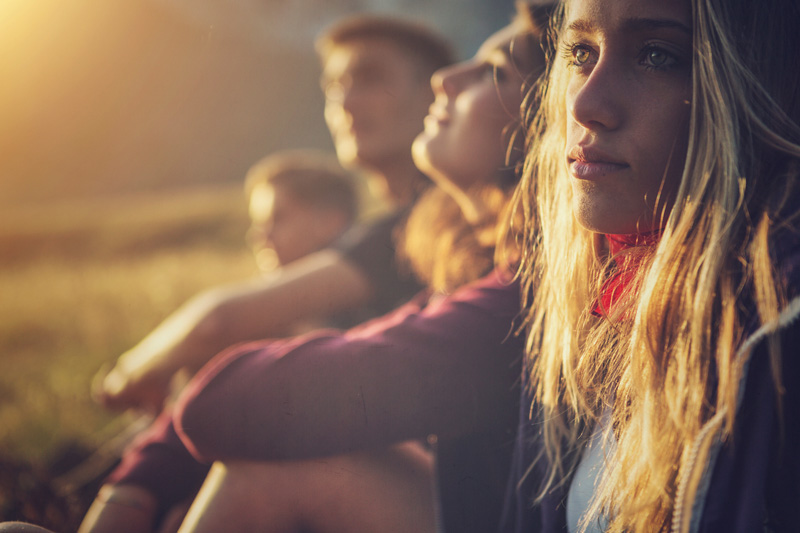 At the end of World War I, four men—a former Secretary of State, a college president, a political science professor, and a Nobel Peace Prize winner—joined forces. Because of this first-ever global conflict, they’d concluded that lasting peace could only be achieved when peoples from every nation know one another, and thus, the essential value of educators and students.

So with support and funding from the Department of State, the Institute of International Education (IIE) was founded. IIE located its headquarters across the street from the United Nations. They began by organizing student and teacher exchanges with European governments. In 1921, IIE’s president persuaded the U.S. federal government to create a new visa class, “non-immigrant student visa”, thus bypassing immigration quotas. By the ‘30’s, IIE had expanded their activities into the Soviet Union and Latin America.

After World War II, America’s allies, though victorious, found their economies near collapse. With infrastructures destroyed and millions of people homeless, old powers of Europe were sidestepped, territories carved, colonies turned loose, and geopolitical maps redrawn. It was in this context that the United States and the Soviet Union began what seemed a terminal wrestling match, global dominance the prize.

In this climate, IIE was instrumental in spinning off an alphabet soup of study abroad-related organizations. CIES. CIEE. NAFSA. The latter, pronounced Naf-sa, but also known as the National Association of Foreign Student Advisors, began with the goal to train academic counselors for the many foreign-born students who arrived in America after World War II. In 1976, the State Department reinterpreted its funding for NAFSA, which allowed the organization to support not only foreign students in the U.S., but also U.S. students studying abroad. With over 10,000 members, NAFSA is now the largest professional membership organization, their main goal the advancement of international education.

In the 1950’s, IIE began publishing an annual accounting of study abroad. Called Open Doors, IIE dubs its publication “a comprehensive information resource” on study abroad. In order to do this work, Open Doors sends surveys to programs and collates responses. Questions include how many U.S. students go, to where, for how long, and with what program types—though Open Doors never counts students who die or are injured.

To you, the reader, I hope you are coming to understand just how complex study abroad is. When Ros Thackurdeen and I were dropped into this arena, we were newly bereaved mothers with hardly an idea of what we were seeing. Thomas and Ravi’s study abroad program, home university, and the U.S. embassy in the country where they died had contacted us, and these were the entities we knew.

What we’ve gradually come to understand is that over the past century numerous organizations have woven together with the singular goal of moving young learners around the world. In a sense, the study abroad industry started with the good intentions of a few and quickly intertwined the fabric of higher education with the federal government and professional membership organizations. Aided by lobbyists, international businesses, global tourism, insurers, and accreditors, it is not an overstatement to refer to study abroad as an industry.

In May of 2000, when the annual NAFSA convention met in San Diego, within the industry an ideological skirmish was brewing. Some study abroad professionals had concluded that industry standards were imperative, while others disagreed, arguing that standards would impede program flexibility. Ros Thackurdeen and I have been told that this debate was heated and some professional relationships never recovered.

In 2001, a handful of study abroad professionals reconvened to found the Forum on Education Abroad. Known as “The Forum”, this newest membership-driven coalition based itself at Dickinson College in Carlisle, Pennsylvania. They stuck to their goal and devised written standards for the entire industry, including Standard 8, which applies general guidelines to student “health, safety, security and risk management.”

“What nations don’t know can hurt them.”

In 2003, as a complication of heart surgery, Simon unexpectedly died. In the aftermath, Senator Dick Durbin took the helm. The assembled committee included a Who’s Who of higher education professionals, plus another Illinois legislator and a former governor. Much like the founding fathers of IIE, Commission members had already concluded that understanding others is essential to global security, and study abroad is essential to the next generation’s understanding.

Titled Global Competence & National Needs, the Lincoln Commission’s 2005 final report opens and continues, “What nation’s don’t know can hurt them. The stakes involved in study abroad are that simple, that straightforward, and that important. For their own future and that of the nation, college graduates today must be internationally competent.”

To read the Lincoln Commission’s 40-page final report is to understand that good intentions require funding. How much and who will pay informs most of the report. There is no interrogation of the resolution’s underlying logic, and never a mention of student safety.

It is for lack of funds that the Abraham Lincoln Study Abroad Act died in committee. In 2005 (the same year that the Lincoln Commission’s final report was issued), the Forum received recognition from the U.S. Department of Justice and the Federal Trade Commission. This official approval came to the Forum in spite of the fact that there were still no federal, state, or industry requirements to count and report study abroad safety incidents.

In the decade since The Lincoln Commission, the federal government, in concert with higher education and professional membership organizations, and with the financial support of American businesses and endowments, has inaugurated a number of study abroad growth initiatives, including 100,000 Strong in China, 100,000 Strong in the Americas, Young Africa Leaders Initiative, Young Southeast Asia Leaders Initiative, and Generation Study Abroad.

Introduced in 2014, IIE’s Generation Study Abroad is particularly interesting in that it recruits teachers to pitch study abroad to students, including high school and middle school students. “Join the commitment” and “Pledge your action,” IIE’s marketing reads, their goal to double study abroad enrollment by the end of the decade. In return, “Commitment Partners” are promised access to “resources…including a Generation Study Abroad badge, press materials, invitation to annual conferences and much more.”

During that same year, the State Department opened a study abroad office, with the goal to grow study abroad, though quotas were not set. At the end of 2014, the White House hosted a study abroad summit, inviting 130 of the “most influential travel bloggers and digital media outlets…to discuss U.S. government initiatives and strategies for encouraging American students to study, volunteer, and work abroad.” No student safety advocates were invited.

Ros Thackurdeen and I remember how much our sons believed—how we believed, too. It is devastating to imagine Thomas and Ravi’s last moments, the shattering of trust, so much potential disappeared.

We want you to know, even after Thomas and Ravi’s deaths, we believe in the principles that underlie international education. It is the execution that remains flawed, and devastatingly so. The absence of data means an absence of fact. The absence of fact means there is no possibility for science to impact risk assessments.

Instead, this is an industry built on political need, economic aspiration, and yes, good intentions, with so many players, multiplied agendas, and a complex of maze of interests. It is no wonder, when Ros and I meet with national leaders and their staff, Democrats and Republicans alike are visibly moved by our stories from the dark side of student travel. They often acknowledge that transparency is a “reasonable” request. But by the end of our meetings, there is an all-too-common deer-in-headlights moment, and then this question, “What do you want us to do?”

Huh? We’re a couple of bereaved moms. We didn’t imagine having to figure out the how-to of transparency.

The study abroad industry imagines their role as shepherds of America’s youth, preparing them for life and work in a globalized world. And surely, we can agree that, in an emerging political climate that may favor protectionism, even nationalism, there is value in an internationalized education.

But the industry has institutionalized a peculiar logic: Study abroad is assessed to be worth the risk—though precisely how much risk and what type, no one can say. On the front end of student travel, marketers rule. To understand this, all you have to do is peruse the impressively photographed brochures at campus-based study abroad forums. Pre-travel information is geared to sell a product. Wrap this product in a pro-America message, navigate the funding, and voila, America’s next generation of leaders.

On the back end, Open Doors provides a tally of how many students go, but not a tally of those who never return. Facile accounting comes with a narrative—promote the system as built, aimed toward growth, and that is all.

To bereaved families, this logic comes across in a way that the industry seems not to have anticipated: Sure, some programs have had a death, but not mine. Or, sure, my program has had some deaths, but look at how many students we’ve turned into leaders.

In the aftermath of a child’s death during study abroad, bereaved families go through a crash course into a new world. It is a chaotic scramble for details about what went wrong, and why, all the while navigating profound shock and grief. Gradually, we come to understand two things. One is that we will learn some facts, but not all. In other words, in the wake of a student’s death, the lack of institutional transparency, itself, becomes transparent.

The second thing we learn is more a general impression: Study abroad deaths do not represent some unknowable error within a landscape; they are not “accidents” in a scientific sense, as in random. Rather, these deaths represent error at the hands of shepherds who consistently refuse to use science to understand the landscape they place students in.

Reaction is not pro-action. Response protocols are prudent, but they’re not science. And they’re never a substitute for prevention.

We the bereaved ask individuals who make up the study abroad industry to begin again. Become the institutions you claim to be—academic. This will necessarily require you to become transparent. Educational programs and professional membership organizations that support transparency will be pioneers. To the extent that you work with other programs to aggregate data, you will be courageous. And when you safeguard someone else’s child with knowledge made from the best evidence available, you will have opened yourself to your own humanity. After all, our children—all of our children—are this world’s future.

Failing that, we ask federal officials to become the institutions you claim to uphold. Be legislators and leaders, safeguards for the people.